This article is a little unusual. I want freelancers who are more inexperienced to know that no one is perfect or has all the answers, so I thought I’d give you an example of a situation that feels really crummy at the time, but has some lessons attached if you look for them. I don’t give any identifying info of any kind, names have been changed, etc.

I fired a client today.

I sent them a long email explaining why and detailing how we’d breakup according to the terms of our contract (which had an escape clause! Very important!).

I’ve been freelancing since 2007 and I can count on one hand the number of client relationships that have ended badly during that time.

To be clear, working with clients will sometimes involve disagreements and personality clashes, but I’m proud that I’ve managed to fumble my way through to a resolution in the vast majority of cases.

However, with this situation, that just wasn’t possible.

I have policies and preferences for how I work with clients, and they’re all there for a reason, but I’m flexible on most of them under the right circumstances.

For example, I don’t like frequent phone calls to update on project status, because they feel like a waste of time, and if the frequency is too high (daily), they really just signal a lack of trust on the part of the client.

However, I recognize that of course clients need to understand what’s going on, and that different projects might need more frequent updates, either because of the nature of the project (lots of integration points, dependencies, or complexities), or because of the personal preferences of the client.

So I’m willing to talk through items like this and find a good solution that works for both parties.

However, I have one no-compromise rule:

I don’t work with toxic people.

In this case, one of the founders of the company and I had worked together before, very successfully, so I was looking forward to the project. The budget and timeline were tight, but we worked out a limited and detailed scope to ensure that we could hit those targets and everyone could walk away happy.

As is my normal approach, we were doing a fixed-price contract with a detailed scope of work, to be delivered on a specific timeline. I brought up several items for discussion prior to project start to make sure that everyone was on the same page about what would and wouldn’t be included, and how our working arrangement would go.

We signed the agreement, they paid their deposit, and we were off to the races.

That was three weeks ago to the day.

So what went wrong in so short a time?

Well, without going into any identifying specifics, the founders brought in a new founder after we started the project who had very different ideas about what the scope of work should be and how our day-to-day relationship should be conducted.

This individual essentially demanded that we dramatically increase the scope of our (already-signed) agreement, without a commensurate increase in budget or timeline.

That wasn’t the real issue though. I can talk through that with a client, and them merely asking for it wouldn’t enough for me to fire them. Not work with them again, perhaps, but not fire them 🙂

The real issue was that within 4 minutes (literally) of getting on a group call with this individual (no contact prior to this), they were yelling at me about how much older they were (respect your elders!) and how insulting it was for me to point out that we had a signed agreement in place detailing all of these things.

This individual then proceeded to tell the other two founders they should “rip up his contract” and hung up on the group call.

I was pretty speechless.

To me, this represented very unprofessional behavior, nearly to the point of being unbalanced.

But for reasons I’m not privy to, the founders didn’t appear to want to or be able to dismiss this individual from the team, so staying would have meant interacting with them on a daily basis.

Not only is that environment toxic, it also has ~0% chance of producing good business outcomes for the client.

Further, I’m fortunate that I’m in a place in my career where I have zero need to work with unpleasant people.

So after sleeping on it and seeking some counsel from others, I fired them, according to the terms of our agreement. 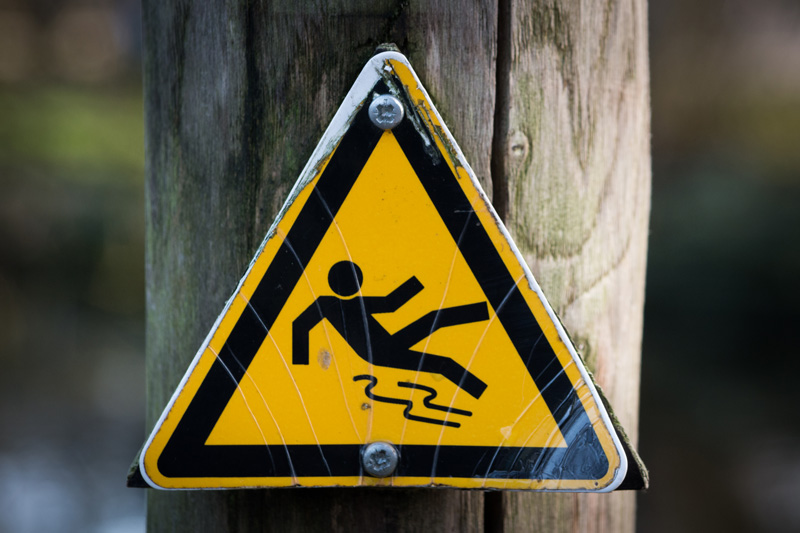 But that’s not the end of the story, because while I think that I was ultimately in the right and I’m proud of my behavior through this ordeal, there are almost always things I could have improved to avoid the situation, or at least mitigate the damages.

In this case, I ignored some big red flags.

These represent my biggest mistake. The best time to weed out a bad client situation is before the agreement is signed!

Due to my previous great working relationship with one of the founders, I just wasn’t watching for these things like I should have been, and I wasn’t over-communicating about them early on.

Upon being presented with my initial quote, one of the founders (not the one that I had worked with previously) expressed shock and then went on to explain that they were completely broke, had racked up credit card debt, wasn’t able to pay their rent, etc.

We ended up cutting the scope and they came up with the money, but this is a huge red flag for two reasons.

First, it signals that the client probably is going to be desperate and overly emotional about financial matters. Even if they can find the money elsewhere, they’re not going to look at this as professionally as you would like. Clients who are desperate and can’t afford to lose a dollar are almost always difficult micromanagers.

Second, it’s just a bizarre thing to say, and indicates that they don’t really understand or believe in the value you’re providing. What did this person expect me to do? Cut my quote by 90% because they couldn’t afford it?

It blows my mind that people think of consultants like this. Would anyone walk up to the register at the grocery store with $200 worth of food and then start talking about how they can’t pay their bills and so they should get it for $20?

Well, maybe someone, but no one I want to work with 🙂

The founders had burned through two other freelancers in the last six months. And it was the freelancers’ fault, of course. They were “crazy”.

Additionally, the only technical person they had on staff was fairly junior and inexperienced, yet responsible for building a huge portion of this project. This individual was not a founder, but was working for roughly 10% of what their market rate would have been if they were qualified. No one who is good does that.

3. Not focused enough on outcomes

One of the founders (again, not the one I had worked with previously) said to me, in reference to me spending July 4th with my family:

“Oh, I just assumed you were working all holidays and weekends.”

If potential clients say this kind of stuff, I don’t walk, I run.

When I immediately corrected by saying that I work business hours, not holidays, nights, or weekends, this founder seemed to get pretty annoyed. This despite the fact that we were on track for the timeline agreed upon.

Ultimately, I believe this is my fault. While we discussed carefully the parameters of our arrangement, I clearly didn’t do enough to make clear that my only responsibility was for a certain set of outcomes, not to spend a certain amount of time working.

Had they been paying me hourly (not gonna happen!), things would have been different, but this was a flat-rate project.

If I’m honest with myself, I think that if I had spelled that out very carefully prior to project start, they would have walked. I think I sensed that, based on a few little comments during discovery, and I didn’t delve as deeply into it during our conversations as I should have.

Soon after the project started, I got some hints that the client had pretty unrealistic expectations for the long-term performance of this project.

Like, earth-shattering, top .01% expectations. If it were easy to spend five figures to launch an app (with no investments in ongoing development or even marketing) that could be sold for a billion dollars, everyone would be doing it 🙂

I should have immediately clarified their expectations so I could either correct them or walk away.

There is no good outcome to be had when a client hires you to do the impossible. Everyone will be disappointed.

3 things I did well

Writing out all the stupid mistakes I made makes me feel pretty foolish. In retrospect, this was basically a rescue project, though I didn’t realize it at the time. I did some of the things I typically do when evaluating a rescue project, but I skipped others because I didn’t realize what I was working with and because of an over-reliance on my previous relationship with the founder.

In spite of all that, I feel good about my decision.

Of course I’m not happy about the way things turned out, but at the same time, I have zero concern or doubt about moving on.

So here’s what I think I did correctly:

1. I focused on outcomes and value

We structured this project correctly. They had a business outcome that they wanted to purchase, and I charged them a fair price for that outcome. The focus of our discussions was entirely on me producing that outcome within a specified time and budget, not how much time I’d be working on it, when and where, etc.

2. I kept my lead systems going

While I did pass on a couple of projects for this, my lead generation systems are going strong, and I’ve literally got 8 leads in my inbox right now from a few efforts I took yesterday.

I didn’t let my systems get too cold and I have no concerns about my ability to land some great new clients in the next few weeks.

3. I built up a financial cushion to fall back on

At least I could afford to walk away.

Speaking from experience, one of the worst experiences in the world as a freelancer is working with a toxic client that you can’t afford to fire.

I learned early on that having a financial cushion makes a huge difference in your ability to control your own destiny.

Aim for at least 6 months of expenses in the bank, but having even a month or two to fall back on feels amazing.

The first few days of this week while things were unraveling felt pretty bad. But now that the decision is made, I feel good about it.

Life is too short to spend your time working with people who treat you poorly and don’t trust or respect you.

I send out a few emails per month with great articles and advice on building a successful freelance business. You should subscribe right now: