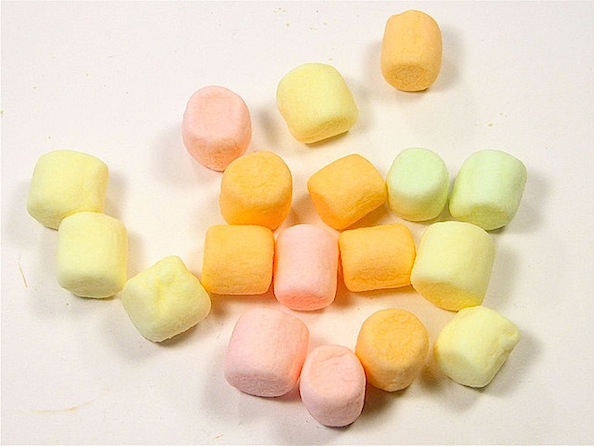 Maybe for people who find it easy to accomplish things, “just do it” is somehow useful advice, because they’ve been holding back because of doubt, rather than a lack of willpower. Or maybe it’s the kind of hackneyed, useless advice that’s never really worth much to anyone, because the only people who can apply it are those who don’t need it.

Regardless, it doesn’t seem very helpful to me.

Surely even the superhumans among us who have discipline like steel would agree that it’s more complicated than “just do it”, that there is an element of strategy involved in self-improvement and accomplishment. After all, who would propose that it would be a good idea for a chronic over-eater to get a job in a donut shop? Who would suggest that a recovering alcoholic get a job as a bartender?

But do these tricks and strategies really make any difference in the long run for normal people? Or are we just avoiding the terrible truth that we’re simply lazy and weak?

Let me tell you about one of the most fascinating and terrifying research studies I’ve ever heard of. In the late 1960s, a psychologist at Stanford named Walter Mischel designed a series of experiments to understand delayed gratification in children. Almost 700 children participated in the experiments over a period of several years, which consisted of leaving a child alone in a room with a marshmallow or cookie or some other kind of treat, with the instructions that they could have the single treat now, or they could wait a few minutes and have several.

The researchers took footage of these children trying to resist temptation, and the various degrees of anguish displayed while they tried to avoid giving in. As you might expect, many of the children weren’t able to wait more than a few minutes before grabbing the treat; some weren’t able to wait more than a few seconds after the adult left the room before they gave in to temptation. But there were kids who displayed a penchant for restraint, waiting as long as 15 minutes until the adult returned to give them the reward of several cookies.

There are two interesting things about this study.

The first is that the kids who displayed the greatest self-restraint didn’t just sit there and stare at the cookie for 15 minutes. They employed some mental “tricks” to distract themselves from the temptation, tricks which seem to have been effective. Even something as simple as just not looking at the treat seems to have been effective. This skill of understanding how the mind works is called metacognition, and no one explicitly taught it to these kids. They just had it.

The second interesting thing about this study is that this wasn’t the end of it. Milschel (the psychologist) had recruited kids his daughter went to school with, and over the years he periodically asked her how the kids were doing as they grew up. He began to notice some patterns emerging.

Milschel was curious, so he put together a series of surveys and sent them to all the students who participated in the study, asking for info on what they’re doing, their grades, their SAT scores, etc. And he continued doing this over the next thirty years, tracking these people through their teenage and young adult years, right up to the present.

And here’s what he found: the kids who displayed self-restraint all those years ago tended to do better at…everything. They had better grades, fewer behavioral problems, better focus, better friendships, went to better colleges, had better careers, better marriages, a higher socio-economic status, better health, fewer addictions, etc. A kid who was able to wait the full 15 minutes (ten years ago!) had an SAT score, on average, 210 points higher than a kid who could only wait a minute. 210 points.

Let me tell you why this is terrifying: it implies two very, very important points:

A related study has shown that ability to delay gratification is a better predictor of academic success than IQ. And that makes sense, because no matter how smart you are, you still have to put in some amount of work to learn the things you need to learn. But that’s not the terrifying part:

2. Self-control may be ingrained in our personality, even genetic in origin

That self-control supersedes raw intelligence is only terrifying to a super-genius, but that self-control may be outside of our control is more sobering. There’s an aspect of fatalism that these experiments reveal that really makes me uncomfortable. The behavior and self-control (or lack thereof) of these kids at the age of four had a strong correlation with their path through life, including their grades, careers, income level, health, even relationships.

So what if, like me, you’re not one of those people who would have done well in this test at the age of four? Is there any hope for us?

Honestly, it’s probably too early to tell how big of a disadvantage we’re at. But there are some bright spots that may provide some solace:

1. The variance isn’t given – The results of this study that I’ve read give the average performance of the subjects, but not the variance. So it could be that the kids who lacked self-restraint did worse as a whole, but there were individuals in that group who did much better. If so, maybe you can be one of those individuals.

2. Maybe we’re tracking the wrong things − It could be that these survey results are tracking all the wrong variables, and that the people who did not display delayed gratification are actually happier, despite being poorer, less educated, unhealthier, and more likely to abuse drugs. However, I think it very unlikely that this is the case. If it was just tracking income, then that might be a possibility, but tracking relationship status, health factors, and propensity to abuse drugs makes me think that there’s probably a pretty strong correlation between the survey results and overall happiness. But you never know.

3. This link between delayed gratification and performance at life wasn’t known to the subjects, but it is known to us. Now that we’ve observed this principle, perhaps we can change the outcome. Maybe impulsivity and self-control are things that we can learn to control: there’s evidence to suggest that willpower is a resource that can be depleted, just like a muscle. If that’s true, then perhaps like a muscle, strategic exercise of willpower over time can strengthen it. Just like the successful kids employed some mental tricks (metacognition) to overcome temptation, maybe we can learn more about how our minds work and surpass our baser instincts.

Who knows why some of us have trouble avoiding junk food, oversleeping, or saving for retirement? It might be the way we were raised or it could be simple genetics. Regardless, there seems to be some hope: Milschel has had success in teaching children some simple tricks to learn how to avoid giving in to temptation. And they work; after just a few minutes of coaching, the kids display a greatly improved ability to delay gratification.

So don’t give up; just keep learning how your mind works and devising strategies to trick it into submission. Maybe someday we’ll be able to match those amazing four-year-olds who could sit in a small room, alone, with a delicious marshmallow in front of them, and not budge.

Don’t look at that marshmallow!