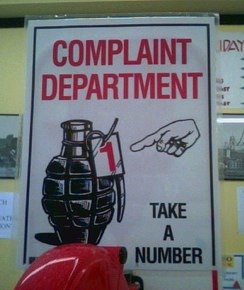 Photo by Jason SchultzAbout six months ago, I found this amazing car service that I use when I have to go to the San Francisco airport, which is about 20-30 mins away from where I live. The normal options for getting to the airport are mass transit, driving your own car, or taking a cab. Of these, taking a cab is the most convenient, once you manage to get a cab. But this can be a hassle, especially if you’re leaving at odd hours, since cabs frequently don’t even show up when you call them.

But this car service has been amazing; they drive late model SUVs and town cars, are exceedingly polite, and end being cheaper than a cab ride. Most importantly, they’ve never even been late, let alone not shown up.

Thanks to this level of service for the past year or so, they’re already my favorite choice for getting to the airport. But recently they bumped it up to a whole new level, ensuring that I’ll be a loyal customer as long as I live in San Francisco.

I took a trip recently at the last minute, so I called and arranged for a pickup in a few hours. They showed up at the normal time and we were off. Normally, I pay in cash, but I didn’t have any on me at the time, so I asked if they took cards. Normally, they do, but their machine was down. So I offered to jump out at an ATM and get some cash.

After a second of consideration, the driver asked me if I was coming back to San Francisco. I told him I’d be back in a few days, and he told me to just pay him for it then.

Now, let me be clear: this guy doesn’t really know me; he doesn’t even have my name or my phone number. I owe him almost $50 (with tip) at this point, and there’s absolutely no guarantee that I’m not going to just walk.

I occasionally have someone at a shop in the neighborhood do something like this, but usually when I’m buying a gallon of milk and I’m short fifty cents or something. I don’t think I’ve ever had this happen for more than a couple bucks.

I don’t know if his trust is overall a good idea, I don’t know if it works for all businesses, and I don’t know if it scales, but I do know that I enjoy being treated like a human being and being given the benefit of the doubt. Given the way I’ve been treated by this company, why would I ever use anyone else?

What’s the best experience you’ve ever had with a company, one that turned you from a casual fan to a diehard loyalist?